Getting Around: Overpressure Mechanic in War Thunder 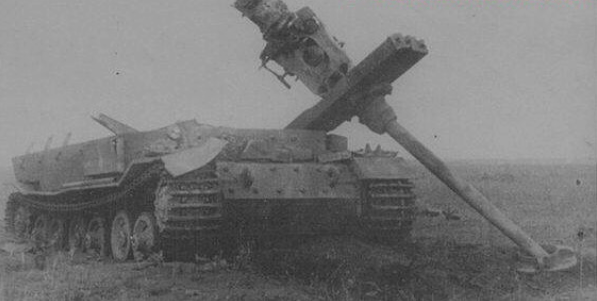 Along with the introduction of Update "Ixwa Strike" (2.5), we saw a major change in how the impact of High Explosive fragmentation and shells affect various vehicles, with a hope from the War Thunder Team that the changes "make the damage model more realistic and transparent"* From here on, a new type of damage would guide or haunt War Thunder's tankers, depending on how you view it. This specific damage would be excess pressure damage at the front of a shell's shock wave, and it would come to be referred to as "Overpressure".

After "extensive research" in-game, where I've experienced and learned various aspects of Overpressure. Those will be informed about here. In this guide, it was stated that only cannons with a calibre of 100mm or above are able to produce this lethal overpressure damage. This means that the well-known German 88m cannon was unable to produce lethal overpressure, and this has shown to be true - for the most part. It seems that there is one 88mm cannon in War Thunder that does in fact produce overpressure damage. Out of 16 German 88mm cannons in-game (yes, there are actually 16 of them!), the only one to possess this feature is the 88mm Flak 37 cannon found on the 88mm Flak truck at 4.0.

Before digging deeper into this new "Overpressure" mechanic, a short historical overview of War Thunder's HE and HEAT damage model(s) would be beneficial. So, long ago, along with Update 1.65 "Way of the Samurai" in late December 2016, tankers of War Thunder saw the beginning of what would come to be called "Hull Break". This change in damage model applied to lightly armoured vehicles, and allowed them to be "easily destroyed with weapons of 75mm calibre or more whilst using HE or HEAT ammo by hitting the hull, turret (if present) or gun barrel and mantlet."** Unlike the usual method of incapacitating the crew members of a vehicle to secure destruction, the hull-break mechanics implement a hull and module based damage system to destroy vehicles with up to 25 mm thickness of hull armour (this would come to se several changes as the game advanced through eras of tanks).

Later, in Update 1.71 "New E.R.A", the mechanic was refined to also affect kinetic shells. Now, to destroy lightly armoured vehicles with kinetic shells, with help from "Hull Break", "you need to directly hit them with a shell of high energy (more than 1.4 MJ) on one of the major internal modules. E.g. engine, transmission, breach or shell storage."***

The end of "Hull Break" as we know it

All the way from 2016, up until the "Ixwa Strike" update in mid-2021, the tankers of War Thunder were accustomed to (and also annoyed with) the so-called "Hull Break" mechanic. The "Hull Break" mechanic saw several critical changes, also knows as improvements, also further know as downgrades - all examples reflecting the player base's opinions on the mechanic; "Hull Break" did a good job in dividing the tankers of War Thunder. Although, as mentioned, the new damage model of "Overpressure" was introduced along with Update "Ixwa Strike". In this 2021 update, "the mechanics of hull break from a shaped-charge jet and high-explosive effects will be disabled as irrelevant."****, meaning "Hull Break" as we had come to know it was now removed. It had now been replaced by pressure damage.

The new "Overpressure" mechanic of War Thunder. What does pressure damage mean?

The "Overpressure" mechanic simulates the extreme pressures generated by the shock wave of a HE-based shell explosion and its effect on the crew inside the vehicle. Overpressure damage calculations are performed when the crew is exposed to the overpressure wave coming from the impacted/exploded shell. For open-top vehicles, this occurs whenever the vehicle is within the fragmentation scatter radius of the grenade blast; crewmen of a particular open-top vehicle are very exposed, meaning they are extremely vulnerable to any blast damage and therefore also the extreme pressure damage.

For closed vehicles, the overpressure calculations begin whenever the blast effect of the shell manages to penetrate the vehicle's armour. If the fragmentation or high explosive effect of an explosion hits one of the internal modules located in the battlespace (crew, tanks, breech, ammunition, propulsion), it means that the explosion was strong enough to penetrate the armour at the point of impact and therefore the crew is affected by overpressure, in addition to other damaging factors. A "compartment" in this case means a volume containing modules used to estimate damage. For example, in Soviet main battle tanks, the battle compartment contains the entire vehicle crew, ammunition, target drives, internal fuel tanks, gun breech, and radio equipment.

For M1 Abrams tanks, fuel tanks and ammunition located in separate armoured compartments are excluded from this list of modules estimating damage. For Leopard 2 tanks, ammunition in the turret stowage compartment is excluded from this list, but grenades in the forward part of the hull are included and therefore counted as possible damage modules. For vehicles with a crew located in different compartments, e.g. the German SPG Ferdinand, the overpressure mechanism will operate separately and independently for the crew of the command compartment and for the crew members in the fighting compartment.

This "Overpressure" mechanic negatively affects vehicles with thin armour, but unlike "Hull Break", all tanks are potentially vulnerable to overpressure damage. This makes not only light but also heavy tanks easier to destroy by bombs, rockets, large HE grenades, or artillery strikes. To use the mechanic effectively, target weak points in the armour, such as roofs, vents, bellies, tank sterns, and over-track sponsons, to maximize the chance of a successful penetration.

Overpressure damage can be reduced or negated by armour with compartment separations (internal RHA shields, engine compartment as a shield, etc.) so that only the crew in the hit part of the armour takes damage.

What does the "Overpressure" mechanic do?

…overpressure damage is calculated when a shell fragment from an explosion hits something inside the vehicle, proving that the explosion got inside the vehicle. "This leads to high-yield explosives nearly always taking out a vehicle in a single hit, due to the shockwave being able to move around frontal armour and to hit the entirety of the crew that way."***** Actually though, in-game, it seems as if various mechanics of the "Overpressure" mechanic are counter-acting this specific statement from the War Thunder Team. Testing in the "Protection Analysis" of War Thunder show that the shock wave of a high-yield explosive, such as the British over-kill FV4005 and Cent. Mk. 5 AVRE, sometimes can "get stuck" on internal compartments such as breech and turret rings. The aforementioned part where overpressure damage can be reduced or negated by armour with compartment separations appears to be hindering what the War Thunder Team stated: the shock wave of high-yield explosives are able to move around frontal armour and hit the entirety of the crew. It even looks like HE shock waves are able to "get stuck" on crewmen as well, hindering the shock wave from reaching further crew in the fighting compartment.

Now, this only actually sort of seems realistic and accurate; that a shock wave is being hindered by various physical objects in it's way. Though, it is still conflicting with the War Thunder Team's statement on the matter.

Regarding kinetic rounds, also perhaps more commonly known as "normal rounds" (AP, APHE and so on and so forth), there is no specific official information to be found. Official text and essays from the War Thunder Team do not mention how the "Overpressure" mechanic affected these rounds. In-game, though, the overpressure damage is clearly calculated here too.

It appears that AP rounds, and similar, as of 2021-06-20, do not produce overpressure damage. Testing in War thunder's "Protection Analysis" shows that the production of overpressure damage with these sort of rounds is a nigh-impossible task. Even when hitting internal compartments that include modules used to estimate damage, overpressure damage is barely visible. Simple AP rounds without any explosive propellant also do not benefit from any, well, explosives and the only possible pressure and shock wave would derive from the gun or cannon it was fired from. In War Thunder, no such cannon appears to be of sufficient calibre for lethal overpressure damage.

Here, an overpressure damage-effect - in testing in the "Protection Analysis" - appeared on penetrating hits from 100 mm tank cannons and above. Most of the time, the shock wave damaged (killed) all or close to all crew members inside the tank. In the testing of vehicles with larger turrets, where many crew members are high above the vehicle's hull (such as the American T-series heavy tanks and M103 or the German Tiger II as well as Jagdtiger), a well-placed shot is needed in order for the shock wave to spread to the entire fighting compartment and incapacitate the entire crew. This tangents the example from before of the Ferdinand with two separate fighting compartments enabling for separate overpressure mechanics.

As of the writing of this article, 2021-06-20, overpressure calculations when firing an APHE shell at a target in War Thunder seems to set the criteria as such: the overpressure calculations calculate a shock wave following the detonation of the shell inside the crew compartment, therefore almost always resulting in complete eradication of the entire crew when shooting with a cannon of calibre 100 mm and above.

The video below shows a hypothetical scenario where a 125 mm HE round detonates inside the fighting compartment of a german Leopard 1 tank.

To inflict the most possible overpressure damage, it is recommended to fire some sort of APHE shell. The way in-game overpressure calculations determine damage, an explosion of 100 mm or more inside the fighting compartment sends a more hard-nosed shock wave towards the surrounding crew, as portrayed in the simulation video used as an example, than an HE shell that detonates on contact with the outer layer of an armour plate would.

Unlike "Hull Break", "Overpressure" can, and will, affect vehicles and tanks of close to all sizes and shapes. In days of "Overpressure", light tanks, infantry fighting vehicles (IFVs), SPAAs, and other otherwise lightly armoured vehicles are not the only ones that have to watch out for the big-calibre enemies on the battlefield. Even the toughest of machines have to be careful going up against high-calibre enemy guns and explosives.

On the contrary, machines with high-calibre cannons have become far more powerful in the aftermath of overpressure mechanics. A single APHE shell fired from a high-calibre cannon will do short work of any enemy vehicle and/or tank, essentially regardless of its size. At the same time, a HE shell from any high-calibre cannon fired in the vicinity of a tank's cannon barrel/gun breach will send a lethal shock wave towards practically every single crew member inside the fighting compartment.

This somewhat dark side of War Thunder's recently introduced "Overpressure" mechanic serves the same purpose as the former "Hull Break" mechanics: it divides the tankers of War Thunder. "Overpressure" introduced an entirely new game style into Ground Forces, namely the slinging of a simple HE shell toward an enemy's turret-face with an almost 100% certainty of rendering the enemy tank wrecked. Something that sometimes renders even reactive armour useless, and has lately shown to be very difficult to counter.