Everything You Need to Know - Type 10 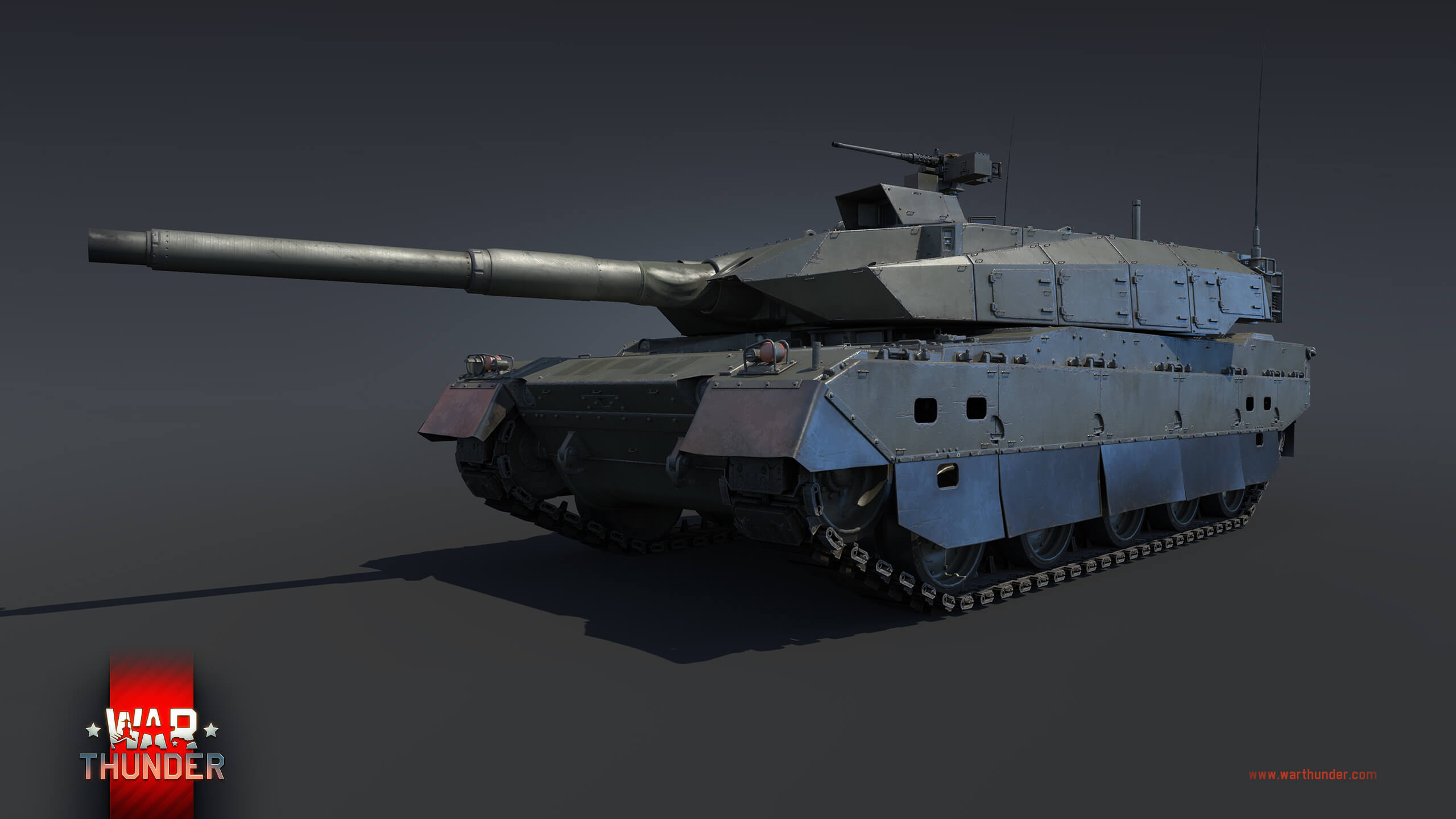 As of update "Winged Lions", the recently-released Japanese Type 10 MBT now sits atop the Japanese ground tree in War Thunder. Here's everything you need to know!

This article was made in collaboration with TheScottishKoala, who is a great content creator that we are very happy to be partnered with. Much like us, Koala covers all sorts of WT-related content and gathered all the information, data and screenshots necessary for this article. Using this information, Koala has made a very detailed video which pairs well with our article on the Type 10 here: https://www.youtube.com/watch?v=f1cMMv4Fimw&ab_channel=theScottishKoala

The Type 10 entered service with the JGSDF in 2012, designed as a more practical alternative to the previous Type 90, which was limited to Hokkaido island due to its weight (44 vs 50.2 tons) and inability to be effectively transported across Japan. The Type 10 retains the armour and firepower of its predecessor, while also being a technological upgrade, employing modern technologies and computing to refine the Type 90's design. The Type 10 is the most modern new tank we'll likely see in War Thunder for a long time - unlike an upgrade to a base model from the '80s like the Abrams, Leopard or Challenger variants yet to be added, this is an entirely new design from the 21st century.

The Type 10 is an incremental upgrade over the Type 90 in kinetic energy protection and a substantial one against chemical munitions. The turret cheek tops, while small has ~600mm KE (APFSDS) and ~900mm CE (HEAT and ATGMs). However, the hull has ~570mm KE and ~830mm CE - a lot stronger than the Type 90. As with most top tier tanks, Type 10 has a very weak mantlet at ~200mm KE and ~400mm CE, which is actually lower than the Type '90s. Coupled with an extremely weak lower plate, as well as two small weak points in the recessed headlights, the Type 10 isn't without frontal weak spots. The dozer blade shouldn't be relied on but could potentially act as troll armour against shaped charges. All in all, the Type 10 has good armour in some areas (namely upper plate and turret cheeks), but it shouldn't be relied on to reliably protect you and more often than not it won't.

The Type 10 has 3 crew, lacking a manual loader. You do have blowout panels to hopefully prevent ammo detonations. Its side armour is actually worse than the Type '90s (which was already poor), lacking any sort of composite materials, meaning that even the slightest bit of angling will likely result in the blowout panels being negated and a fatal ammo detonation - use this tank facing forwards.

Despite the Type 10's superior mobility in reality, in game, the Type 90 is just as mobile in most cases, if not more so. The Type 10 has a smaller 1,200hp engine, but the lacking mobility is down to the oversimplification of transmissions and gearboxes in War Thunder. On the bright side, the Type 10 has the same power-weight ratio as the Type 90 for a lower weight which allows it to better traverse poor terrain such as sand or snow and harsh rocks or rubble, and the addition of the adjustable hydropneumatic suspension allows you to take advantage of certain positions that wouldn't be optimal or safe to use for most other tanks.

Remember to set the suspension keybinds that allow you to control the hydropneumatic suspension when off-road. Raise the tank up to its highest position, otherwise, the Type 10 will frequently “bottom out” on its suspension (also due to its low ground clearance), slowing it drastically. It can also reach its 70kph top speed in forward and reverse, allowing you to easily disengage and escape to safety from dangerous situations. Despite its shortcomings, the Type 10's decent mobility allows it to employ a very flexible playstyle that can adapt to the rapidly-changing situations that are common at the top tier.

The Type 10's main round has 615mm of flat penetration, which is definitely good enough at top tier, though it isn't as sensitive as the more common DM53 or 3BM60 and has nowhere near the spalling damage of M829. You have to be more precise with your shots than most so as not to over-penetrate.

The Type 10 has a Japanese cassette-style autoloader that results in a 4-second reload regardless of crew training. The ready rack has 14 rounds - low compared to most top tier tanks. You have to be selective about how many rounds you take out with the Type 10, as your (practically unprotected) secondary ammo storage is all in the left side of the hull, making it very easy to get one shot through the lower plate. We suggest 20 to 24 rounds maximum, while the speed of your autoloader does allow you to load a few HEAT-FS rounds in the case that you encounter light vehicles, as to not waste your limited supply of APFSDS rounds.

The Type 10 has the best MBT optics in game so far - with 3rd-generation thermals and 13x zoom on both the gunner's and commander's sights (of which the latter is made more useful by being mounted so high on the turret). Although the Type 10 does have a laser warning system it is still very vulnerable to helicopters, and the LWR should work in tandem with your 8 (2x4) smoke grenades to cover yourself when under attack. This isn't a guarantee of protection though, since some helicopters (AH-64, Ka-52, EC-665) will maintain radar lock through the smoke, and you don't get an engine smoke generator. The Type 10 has a turret traverse rate of only 28°/second and has +10° elevation, which is lacklustre in comparison to other MBTs. The -7° depression isn't fantastic but is satisfactory for fighting on ridgelines where the Type 10 plays best. Because of your high vulnerability from above, taking out the lower hull ammo rack altogether and playing around capture points to keep reloading both main gun ammunition and smoke grenades as needed is a viable tactic.

In the Japanese top tier lineup, you've no real ground counter to long-range rotary and fixed-wing CAS and the AH-64DJP is rather situational due to lacking a missile approach warning system (MAWS). The Type 89 IFV doesn't scale up to top tier well like an M3A3 or BMP-2M does either, though the Type 16 is still a capable light vehicle at higher tiers. However, the F-4EJ Kai with its pulse-doppler radar and AIM-7E-2 Sparrows will give you a vital and effective tool to defeat air threats. On the other hand, Japan still lacks any AGMs or GBUs to bring its CAS in line with other nations. The supporting tanks such as the previous Type 90s and Type 16 are all focused around mobility and quick-reaction adaptiveness, which complements the Type 10 well and bulks the Japanese lineup into one that isn't the best or most competitive, but is fairly capable and the Type 10 is a welcome addition as its top choice.

The adjustable suspension coupled with the great zoom and high position of the CITV makes the Type 10 great along ridgelines. It's also capable in urban combat given your mobility and the high rate of fire. Being able to fire quickly means that you can disable an enemy's driver and then get their gunner before they can react and return fire, rather than shooting the gunner first and having them retreat where you might not be able to follow.

Be careful not to think that the Type 10's mobility and lackluster armour sets an impression of it as a light tank - what you should be doing is looking for flanking positions supported by allies, assaulting it aggressively and clearing out the area, then continuing the attack further forward, using its rate of fire to hold ground. The relatively good protection against lighter vehicles that will attempt to flank as well (IFVs/SPAAs) allows you to direct your attention to being effective in and around points, going for a direct assault or holding a position in a cap circle. Just remember that the low ready-rack and high fire rate means you are only effective for a relatively short time so be careful not to overextend where you would've been fine before. The Type 10 doesn't need to be quite as timid as most light vehicles and can much more effectively get in close and brawl than them.

The Type 10 is a great tank worth getting, but stay mindful of the areas where the Type 90 is better, mainly in that first stage ammo rack. You will soon find playing continuously aggressively to be a limiting factor on the Type 10, as you have to alternate between playing aggressively and passively to maintain that rate of fire when you need it. Nonetheless, the thermals are a big upgrade, the armour is passable and the firepower advantage is very useful against
the Kontakt-5 ERA on Russian tanks that is increasingly common. If the Type 10 does get a dozer blade to hide some of those weak spots, some further improved mobility as far as acceleration and braking, and even a potentially faster
reload of 3.5 seconds which some sources would suggest, then it will be a fantastic vehicle.

One comment on “Everything You Need to Know - Type 10”

Leave a Reply to a Cancel reply

1 2 3 … 7 Next »
Show MoreShow Less
© everythingwarthunder.com, All rights reserved.
Please be aware we do not claim to be working with Gaijin in any way, content such as guides, videos and images have been submitted by original owners.
Privacy
All Posts
wt discords
our official
discord