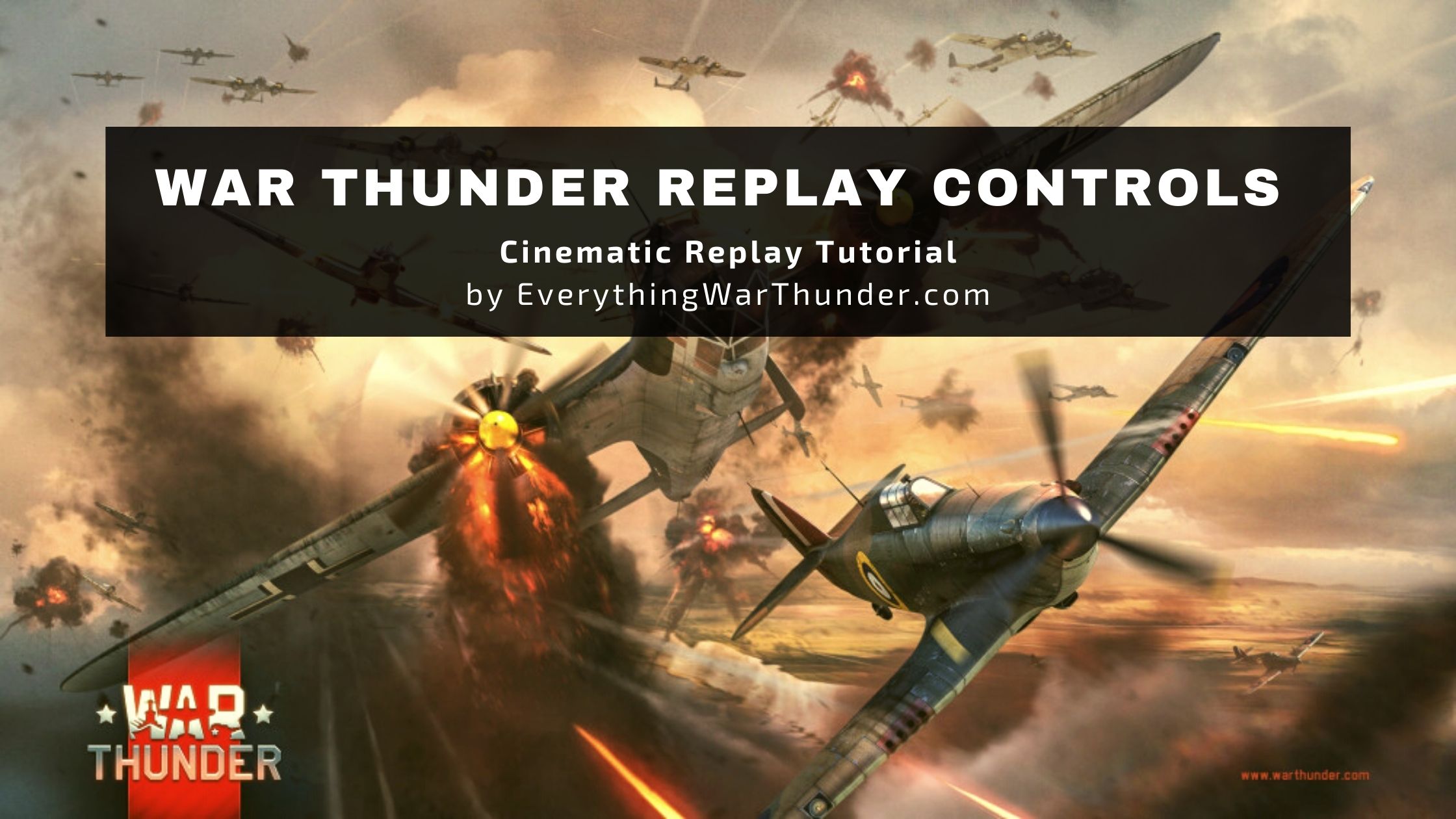 Want to know how to master the War Thunder Replay function to create real cinematic footage from your match replays? In this revised guide we’ll run through the basic replay controls and the best tips when it comes to making a cinematic war thunder video.

PLEASE NOTE: Replays will NOT WORK forever and are inaccessible after any major update/patch, so this is why it’s best advised to keep Replays for up-to 1 month and then record the clips you can before a major update drops.

Finding Older Replays that are not in the Replay List

Below we’ve split the controls into two tables so it’s easier to memorise the functions needed to record a reply, for the replay functions that require a custom button we advise utilising the NUMPAD for easy access and/or programmable keys such as those found on common gaming keyboards.

As brilliant as it is to have an in-game replay feature unfortunately due to the way the replays are saved, it’s not possible to rewind replays at all, judging by the responses from War Thunder’s Twitter, they are not looking to change this anytime soon.

Recording Software to use (For FREE)

We hope this guide on War Thunder Replay Controls helps you out, if you need any more advice head over and join our WT Community Discord https://discord.gg/8aEVQSeSU5

This updated tutorial on how to record videos in the war thunder replay function was created in 2021, the previous outdated article from 2014 can be found here.