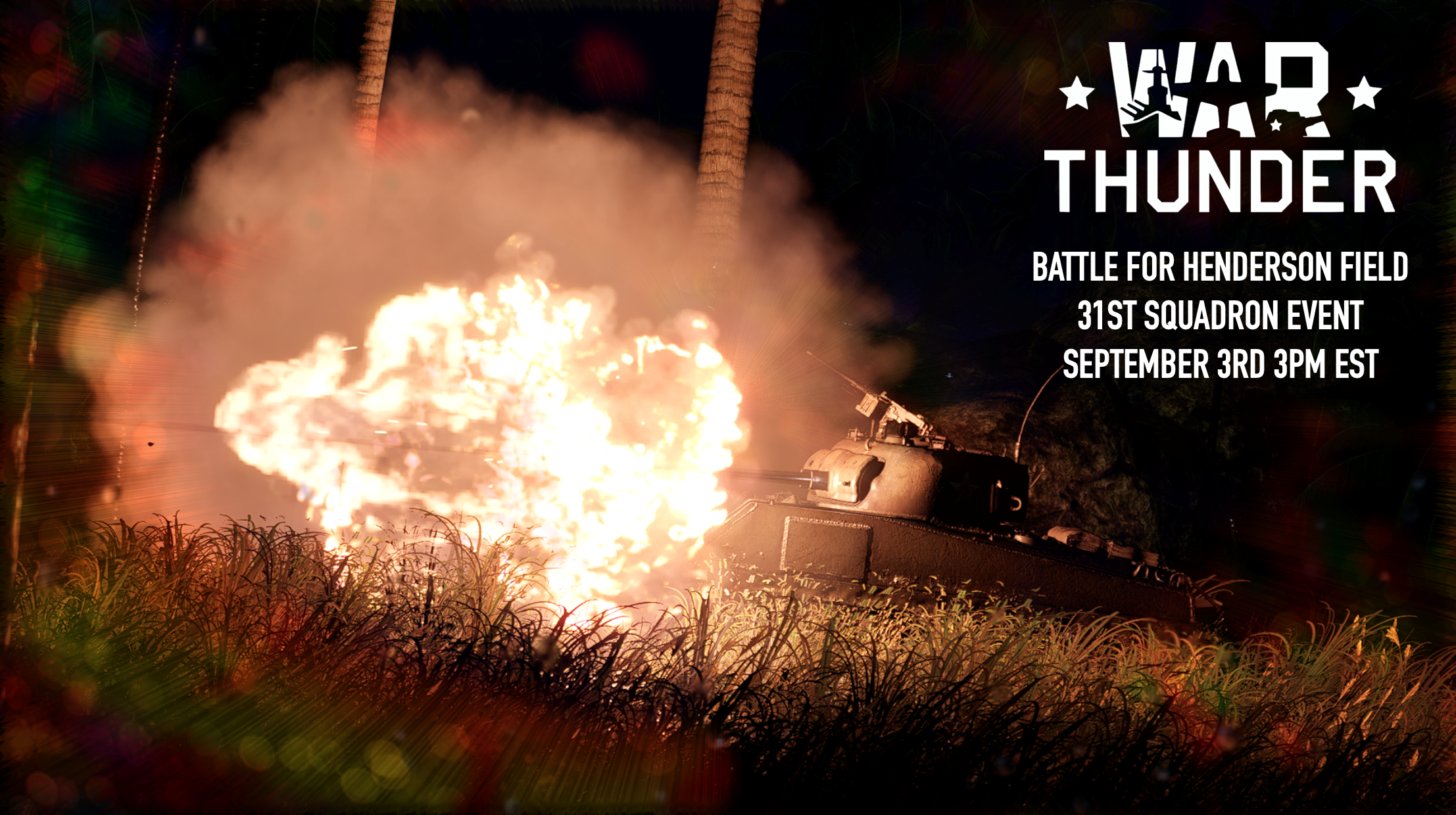 ⭑ ⭑ Mission ⭑ ⭑
The Japanese, with the aim to land supply and transport ships, sends a massive naval force ahead to attack the American ships and bombard Henderson's Field.
The Japanese ground forces, with the aim to retake Henderson Field, scraped together their remaining tanks and launched an attack in conjunction.
The US however learns of this plan and sends their own ships to intercept the naval raid as well as bringing armored reinforcements.

⭑ ⭑ Respawns ⭑ ⭑
Unlimited respawns for tanks and aircraft but with 500 deaths overall per team.
Every ship only gets 1 spawn, when killed you must switch to your signed up tank or aircraft.

⭑ ⭑ Additional Info ⭑ ⭑
When signing up you must choose a tank or aircraft, then you can optionally choose a ship.
If your ship gets sunk, you will switch to your tank or aircraft you have signed up for.
Please keep in mind, this will be a night battle in story weather.