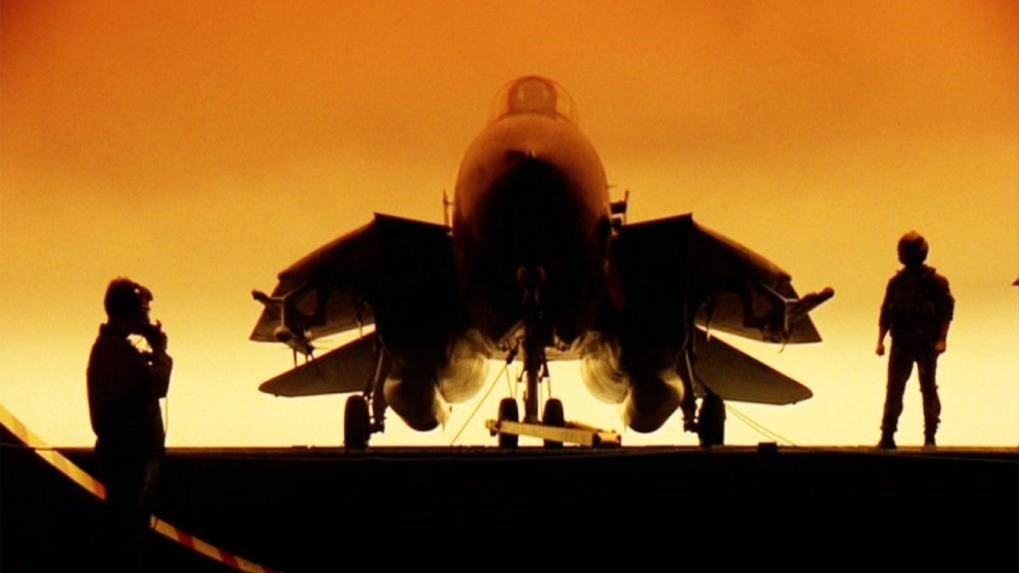 The Tomcat will come with several capabilities previously unavailable to pilots of top-tier battles ranging from tracking multiple targets at once to the infamous AIM-54 Phoenix radar-guided missile.

Let’s skip the whole ‘subject to change' stuff and get straight into one of the Tomcat's functional highlights; it’s ability to track up to SIX different targets at the same time! In case you don’t quite know what that means, it essentially turns the effort of having to wait until you either see a moving dot on your screen and seeing enemy aircraft pop up on a sometimes-unreliable spotting system into something more akin to Ace Combat. Point your nose in the right direction and you should have six radar signatures right up there on your HUD. To the guys planning on using this to your advantage in Simulator Battles, make sure you know what you’re looking at before firing.

Overall, this new game mechanic could tip the scale in favour of the F-14 being an overpowering addition to the game, similar to the Harrier with its powerful weaponry. However, there are simple counters to this ingame including but not limited to the use of notching, chaff, etc.

Something War Thunder Pilots have long been good at is adapting to seemingly overwhelming technology on the opposing side, and that same attitude is sure to survive the onslaught of new Mavericks (and that’s not the missile!).

Moving onto the ‘A’ variant’s engine setup, aviators will be welcome to the Tomcat’s two Pratt and Whitney TF-30 P-412A turbofans.

These things give you a max thrust of 4860kgf and 8020kgf at afterburner (friendly reminder that you get TWO of these!) besides giving you a boost in speed, you can utilize the fact that you have two very powerful engines to increase your chances of returning to base after a hit, as you can indeed fly on only one engine.

Of course, one engine won’t matter all that much in the case of a missile hit, in which case; good luck. Additionally, due to the two engines being spaced apart, with the airbrake in-between, you naturally make for a relatively large target for gunfire. Saving it from this is the Tomcat’s manoeuvrability in-game and not just in the movie. To paraphrase MikeGoesBoom, during his test flight of the Tomcat on the dev stream:

“It’s not impossible to win a dogfight against a Tomcat, but it takes skill”

This in mind, you can expect an easy time keeping up with most enemy aircraft should you find themselves guns-on-target, although you’d better practice evasive manoeuvres due to the ease in hitting its absolutely T H I C C rear end with your cannons.

You will mostly find that your longer & more enjoyable dogfights are against MiG-23MLDs thanks to their similar turn rates, so engage with caution.

Other than that, you can expect a good fight against enemy Phantoms and MiG-21s, but as usual, remember that it’s worth using your missiles first. Unless you’re the most hard-core Top Gun fan.

If you do find yourself going toe to toe with an F-14, don’t let the above scare you into thinking the Tomcat is instant death once engaged. Think of it as a better Phantom, really.

The Tomcat will bring forth new missiles to the game as well, most famously the massive AIM-54 Phoenix radar-guided BVR missile, of which you can carry up to six exclusively on the Tomcat, it’s only launch platform.

These may at first seem to be your ordinary, plain radar-guided missiles but it sure gets better.

Unlike the radar-guided missiles we have currently in-game, these take the name “Fire and Forget" to a whole other level; you can fire these and immediately switch to the next target. In fact, you can fire all six of these missiles without having to maintain a lock on all six targets!

This is accomplished by the Tomcat’s TWS (Track While Scan) radar, which instead of guiding a single missile to a single target, will track the location of each target and update it to each missile assigned.

If you think this in itself is overpowered, there’s more. You can launch each of these missiles toward all six targets, and not a single one of them will get a launch warning! As mentioned, the radar system effectively pings the location of each target, and each missile moves based on where its target is (not where it isn’t). This means that, unlike previous systems, no concentrated ‘beam' of radiation is sent out to your target. This would mean that, if you were to be targeted by this system, you would know that there’s an enemy aircraft picking you up on the radar, but your RWR would not indicate a launch warning. Essentially, the missiles (in a sense) guide themselves.

Before you soil your pants however, bear in mind that this is a long-range missile, and therefore will have ALOT of fuel to burn in its travel time. As such, the Phoenix leaves behind a VERY visible smoke trail that (depending on your situation) can provide ample time for realizing you have what is essentially a guided, stealthy Tiny Tim coming for you.

Additionally, and rather ironically, the Phoenix is like the early radar-guided missiles the community was given access to some years ago now in that it is not very manoeuvrable. Some simple evasive manoeuvres, even without the use of chaff countermeasures, can throw the missile off.

Along with the Phoenixes, it comes with what is now the American Standard in Top Tier: AIM-9 heat-seeking missiles, a 20mm high RPM cannon, and AIM-7F missiles. This selection may seem bland and pretty underwhelming given the new update, but guess what? You can carry ALL of the mentioned weapons in a single sortie! That’s right, you can play the Tomcat to all of its strengths in a single fight. Lurk above the battlefield and spend your Phoenixes before getting in slightly close with those Sparrows, then mop up whatever’s left with your AIM-9s and your gun. Now that, my friends, is something. Especially in Simulator Battles.

But don’t let this discourage you from trying against it. The Tomcat introduction seems to carry a ‘tough, but fair' vibe. Certainly, however, you can expect definite spam within the first few weeks of Update Day. That being said;

Danger Zone is one hell of an update!